HOW DO WE COMPARE?

January 1st saw the residence regulation on Bulgarian and Romanian national relaxed. Many had predicted a flood of migrants from those countries, particular poorer people without guaranteed offer of jobs. Roma in Eastern Europe experience high levels of unemployment and tend to work in casual and poorly paid jobs. So much of the anxiety about a deluge of poor and unskilled Romanians and Bulgarians was, in fact, code for Roma.

In the end the flood was nothing more than a trickle, but ITV’s daybreak programme decided to devote time to considering the issue on the Daybreak programme on the 6th January. Nick Radu, a member of the nomadic-education team, was asked to share a sofa with Nigel Farrage and be the voice of reason into the Eurosceptic debate in which the Roma are becoming a political football.

Janna Eliot is a writer based in London of Russian, Armenian and Roma heritage. Her collection of short stories is not the traditional Gypsy, Roma and Traveller tales but contemporary accounts of based, one suspects, on actual events. END_OF_DOCUMENT_TOKEN_TO_BE_REPLACED

The High Court has ruled councils must support disabled children in travelling families, even when they move to other parts of Britain.In a decision welcomed by the Equality and Human Rights Commission, the court ruled Worcestershire Council must support a three-year-old boy even when he is in another part of the country. END_OF_DOCUMENT_TOKEN_TO_BE_REPLACED 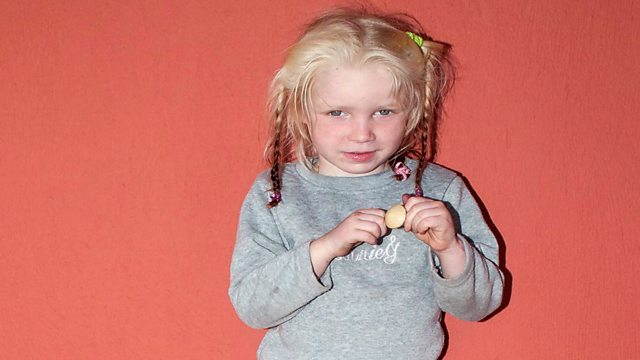 Following the increasing media hysteria about Gypsies snatching blonde children, the BBC World Service have decided to dedicate an hour programme to the issue for the Romani community to air it’s views. A one hour live programme, which Jake Bowers will be co-presenting, will be broadcast live today at 6pm from a Romani caravan site in Surrey, England on the BBC World Service across the world. END_OF_DOCUMENT_TOKEN_TO_BE_REPLACED

Jake Bowers puts a strong case for judging this case on the facts, not on prejudice.

The Roma blogger Pipopotamus and the Romani novelist Louise Doughty have also made sensible contributions to the debate.

Filiip Borev (Pipopotamus) has also written an article in the Guardian.

Nathalie Savaricas gives a good background account in the Independent Old attitudes resurface in Greece: inside the Roma camp where Maria the ‘blonde angel’ lived

The session will be an introduction to the Nomadic network and website and resources CD.  There will be a discussion around identification of key issues, and the distribution of free CD Rom resources to everyone who signs up – and a planning session identifying key issues and future training.